Introduction: Towards a Catalog of Cine-genres

“Just as classical genre theory argued that the content of film genres gravitated toward collective social problems, it could be said that cine-genres tend to address collective understandings of the problems and possibilities of a medium.”

Excerpt: The concept of a cine-genre foregrounds the way filmmakers draw attention to form as something essential, more than a decorative flourish. Central to understanding this is the innovative way the Formalists conceived of the role of form, not in terms of a static duality of form and content, in which form is reduced to a sort of container of essential content, but as a dynamic relation between a structuring form and material, which possesses certain properties. The Formalists therefore drew attention to the actively transforming or deforming aspect of stylistic devices, not simply as expressive of the narrative, but as shaping the viewer’s total perception of a work. Dynamic tension was essential to the tectonics of form in this form of analysis. The affect of a work of art comes from the way form roughens and shapes its material. READ MORE

Excerpt: Again, one could attribute Lenfilm’s success to its emphasis on genre; although each of these films was sui generis, they all drew on established conventions and could be classified as Bildungsroman, melodrama, and heroic biography, respectively. Tragically this was to be Piotrovsky’s final bow, for early the next year he was publicly censured for his contribution to Dmitrii Shostakovich’s ballet The Limpid Stream, one salvo in the brutal anti-modernist campaign that began with the anonymous article ‘Muddle Instead of Music’ against Shostakovich’s opera Lady Macbeth. In July 1937, Piotrovsky was arrested and disappeared into Stalin’s prisons, never to emerge again. READ MORE

Telling One Another’s Stories: The City Symphony and Cine-genre Narrative

Excerpt: In this shot, as throughout the film, the result is a sense that physical gestures and actions continue far beyond their functionality, that there is never anything to see (or worth seeing), and that apparently central and highly 320 symbolic locations ultimately have the same lack of importance as anonymous Nonplaces. These techniques give the lie to the 1991 and 2000 plans’ claims to achieve balance and prioritize quality of life. READ MORE

Highways Through the Void: Chase Sequences and the Built Environment

Excerpt: Just as Marx did for Hegel’s dialectic, my aim here is to put the chase sequence – literally and figuratively – back on its feet. To argue, that is, that to follow the chase sequence closely is to see that what initially appears as a superfluous thrill is integral to grounding film narrative, a way of establishing, or re-establishing, film’s connections to the spaces of the world…In moving beyond standard settings and seeking ever new territories for action, chase sequences dynamize the repressed, marginalized, and over looked features of the built environment: alleyways, back doors, abandoned buildings, construction sites, and all manner of urban infrastructure. READ MORE

Excerpt: Stereo-aesthetics can therefore provoke the feeling of uncertainty – of being unable to trust perception or reason – that lies at the core of the detective thriller and the aesthetic experience of the uncanny. By undermining the perceptual cues that conventionally convey linear perspective, volume, and depth, 3D has the potential for charging the otherwise familiar spatiality of the family dwelling with profoundly unheimlich ambivalence that resists efforts on the part of the spectator to feel ‘at home’ in the depicted space and in reception space. READ MORE

Excerpt: For the BBC, the special effects in Hidden Kingdoms were meant to incite audiences’ curiosity about nature, a centuries-old method of educational entertainment that has been used to play people into knowledge of natural history and the sciences. What’s more, the network openly promoted and explained the uses of staging and digital effects in the press, on the BBC website, and in the series itself. Such gestures to transparency were not only meant to protect the BBC from accusations of dishonest filmmaking, an issue that has troubled the Natural History Unit in the past; they also elevated the artifice as a central attraction of the series. Audiences were invited to marvel at the virtuosity of using moving image technologies to reveal astonishing worlds within nature. READ MORE

The Elevator Film: Neither Here Nor There

Excerpt: Many films of the late 1990s and early 21st century recount a story of easeful dimension-shifting or reality substitution. ‘Level changing’ is the typical tag for transposition. Elevator films invoke a connection between discrete spheres sharing a single space or a single moment, as happens with an actor and character, except that the shared substance is frames of action, perspectives. A character ‘ascends’ , ‘climbs’ , ‘shifts’ , ‘jumps’ , or ‘ports’ to a ‘higher level’ (higher conceptually, though possibly uglier), slipping through some highly technologized gateway to the hitherto unlocated. The hero is a discoverer of unseen territories, surely territories unseen by him: thus a Captain Cook, who found his world full of creatures he could never have imagined and who in their turn could never have imagined him. As with Cook’s explorations, too, typically in elevator films the newfound world is fraught with perils and incalculable alien forces. READ MORE

‘Use Your White Voice’: Race, Sound, and Genre in Sorry to Bother You

The Problem of Film Comedy in the Twenty-First Century

Excerpt: Call them dark comedies or anti-capitalist allegories, this genre-hybrid formation is exemplified by films such as Snowpiercer (2013), Force Majeure (2014), Welcome to Me (2014), Toni Erdmann (2016), The Lobster (2016), Get Out (2017), Happy as Lazzaro (2018), Sorry to Bother You (2018), Us (2019), Joker (2019), and Parasite (2019). Explosive, liberating, cathartic laughter no longer adheres to slapstick tropes of comical explosion and anarchic destruction. Yet, it is in the very image of laughter gone awry – blood-curdling, unmotivated, agonizingly involuntary, and transgressively ill-timed – that cinema’s placeless genre-surplus can again conjure the medium’s latent powers to stir up critical imagination and incite intellectual distanciation. What’s at stake here is the survival of cine-genre through the fragmentation of its own form to re-inspirit film laughter’s modernist politics. READ MORE

Transmedia-Genre: Non-continuity, Discontinuity, and Continuity in the Global 80s

Excerpt: Transmedia series, associated with multimedia (or cross-media) franchises as well as fan worlds, are often placed under the rubric of transmedia storytelling or transmedia serialization, and are often described in terms of media convergence or media mix. A problem analogous to the one addressed in Gunning’s account of cine-genre appears: the overemphasis on content, continuity, and convergence of transmedia series has made it almost impossible to take their form of expression seriously. Attention has been primarily directed toward perceptible forms of continuity and discontinuity. Attention falls on the extent to which an ‘entry’ into the series is perceptibly continuous or discontinuous – to what extent do characters, for instance, or story, or world remain continuous and thus consistent? Should inconsistency in story, or character, or world, be treated as a glitch, a flaw, or error, or does inconsistency signal more complex forms of consistency? READ MORE 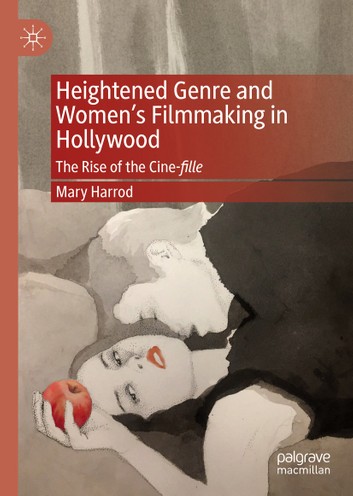 Heightened Genre and Women’s Filmmaking in Hollywood: The Rise of the Cine-fille

Heightened Genre and Women’s Filmmaking in Hollywood: The Rise of the Cine-fille by Mary Harrod, Palgrave MacMillan, 2021

Excerpt: Through the neologism ‘cine-fille’, Harrod brings the importance of women’s viewing practices into play when considering their creative output in a mainstream industrial context, [arguing that] women-directed Hollywood films conflate embodied, affective, and intellectual addresses that speak to the genre literate contemporary viewer. 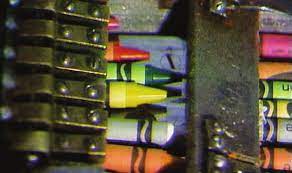 The Process Genre: Cinema and the Aesthetic of Labor

The Process Genre: Cinema and the Aesthetic of Labor, by Salomé Aguilera Skvirsky, Duke University Press, 2020

Excerpt: The Process Genre represents foundational work that not only provides the reader with a valuable and much-needed frame for understanding a key media form of modernity; its sprawling and synthetic engagement with diverse media forms and practices also reinvigorates fields and films we thought we already knew. READ MORE

On our blog: Cinta Pelejà‘s interview with Skvirsky 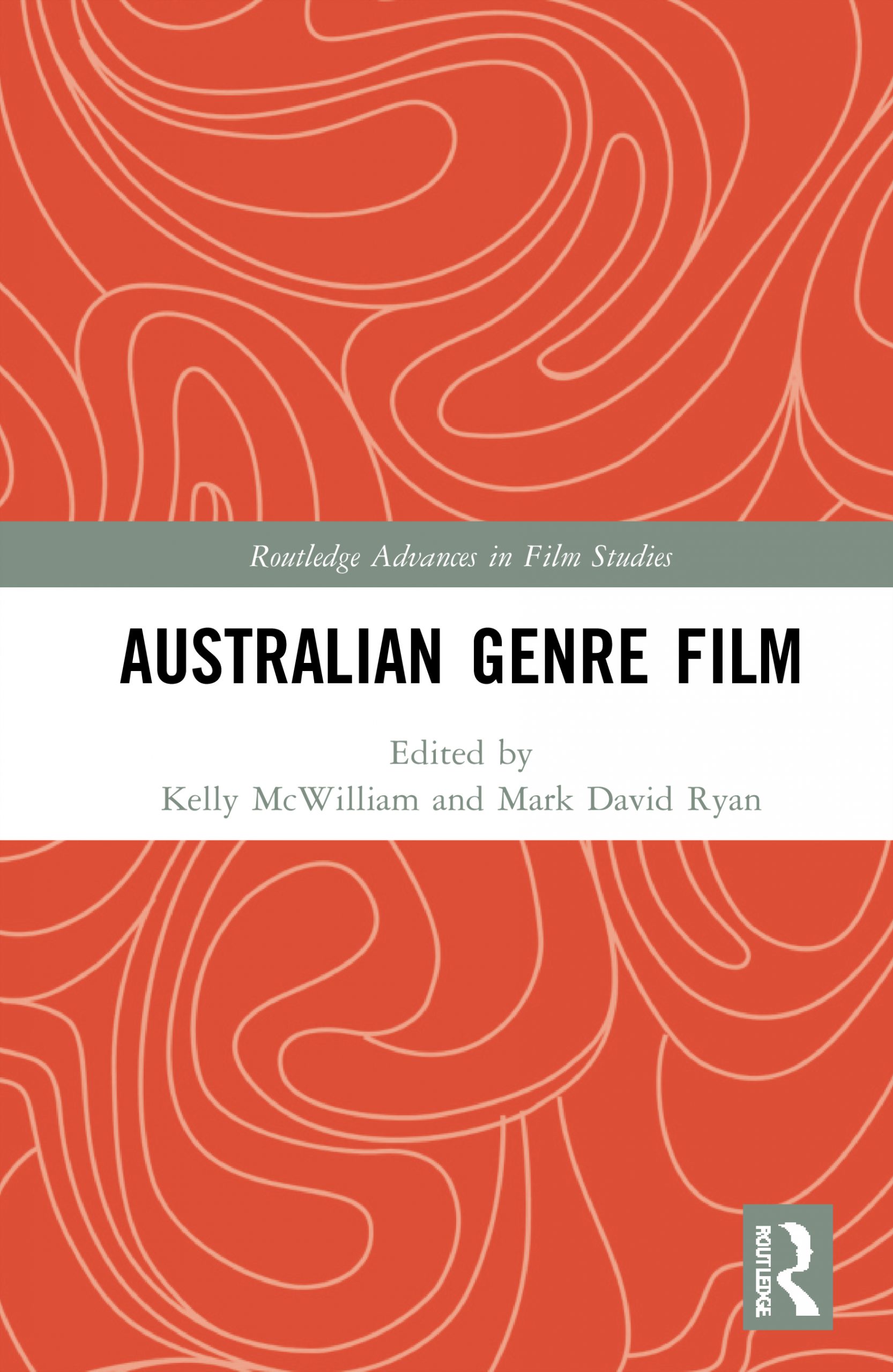 Excerpt: While the Australian genre films might sit in tension with less commercial films that lean more towards representing aspects of cultural and/or national identity, what is hard to ignore, as McWilliam and Ryan point out, is that of the top 20 most financially successful Australian films of all time, at least eight are genre films. To put it another way, 40% of the films that brought in the most money and attracted the biggest audiences in Australian film history are generic in nature. If the editors of Australian Genre Film needed a justification for creating this book, this alone would be enough. READ MORE