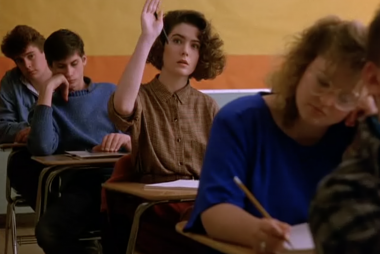 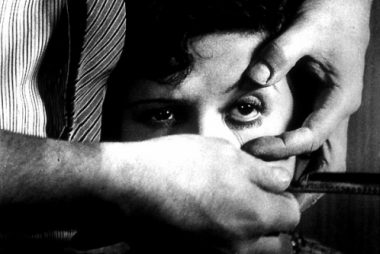 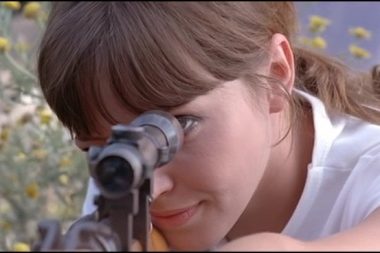 Excerpt: “When delivering his line, Yune intentionally mispronounces ‘Honolulu’ as ‘Honoruru,’ prompting laughter from the audience as well as his costars. Deliberate mispronunciation of words is a common gimmick in Yune’s routine. In this case, Yune specifically mixes up ‘l’ and ‘r’ sounds, which is a staple in his act but also a hackneyed stereotype that derides Asian English-speakers who cannot distinguish the two sounds…

“Doubled Visions: Reflexivity, Intermediality and Co-Creation in Clouzot’s ‘The Mystery of Picasso’ and von Trier’s and Leth’s ‘The Five Obstructions'”

Excerpt: “Diverging from most art documentaries, but in accordance with such processual reflexivity and intermediality, in its form as well as content and rhetoric, Mystery presents itself as a developing, mutable creation no less than Picasso’s improvisatory creations within it. Moreover, the film is constructed so as to appear directly responsive to the rhythms, subjects, and formats of Picasso’s pictures: dramatically changing in relation to them in style, tone, and even screen format as it unfolds. As also characteristic of participatory documentaries (Nichols 1991, 2010)…

“‘Nathan for You’ and the New Sincerity Aesthetic”

Excerpt: “Nathan for You repeatedly suggests that communication in the postmodern era is premised on manipulation and attempts to bypass reason in order to coerce, flatter, wheedle, or trick the consumer into buying particular products. Many of the small-business owners Nathan encounters are perfectly willing to employ such insidious methods to generate higher profits, but—crucially—they also seem willing to use these methods in other human interactions as well, thereby confirming Jameson’s claim that capitalism’s insatiable appetite for new objects…

Excerpt: “The specificity in our reference to ‘gay cinema’ and ‘gay film’ is both a speculative and strategically essentialist move in contradistinction to the ways in which the post-1990s uses of the term ‘queer’ attempt to revise and interrogate the identitarian regimes of gay and lesbian politics. This turn to ‘gay’ does not necessarily prioritise a contestation of the constructivist appropriations of what B. Ruby Rich defined as New Queer Cinema (NQC). However…

Excerpt: “If this sounds like the standard fare of action-driven alien invasion movies, then ideologically the film would ostensibly embrace a similar logic, in that the kaiju come here only to fight, and so must be defeated – technologized humans thus sending packing alien invaders who, put simply, are not welcome. However, while this might seem like an open-and-shut case of conservative politics, one that is not least reaffirmed through the attempt in the film by humans to put up giant walls around…

“”Each chapter covers a decade within the genre, starting in the 1950s and 1960s and ending with the 2010s. Every chapter covers production contexts before moving on to explore some of the most popular texts of that decade in more detail…”

“Baumbach teases out Deleuze for a political commentary on cinematic thought related to digitality, taking inspiration from Deleuze’s later writing(s) about the looming ubiquity of data-collection (control-power) and the possibility of a third regime…”

“Hollywood’s Dirtiest Secret: the Hidden Environmental Costs of the Movies”

“Rather than just speculating about the epistemological conditions of the past that manifested in a particular rapport with the environment, Vaughan posits material history as the primary entity from which such conclusions…”

“The Cultural Politics of Jennifer Lawrence as Star, Actor, Celebrity”

“While there is no evidence to suggest this was staged, her stumble up the stairs at the 2013 Academy Awards to accept her trophy played a crucial role in creating this impression: she is not ‘trained’ to be a Hollywood star; there is a real person that exists beneath this rather tenuous façade…”

“Wonderland: the Digital and the Cosmopolitan at the Borderlands in ‘Monsters'”

“Sitting atop of the Mayan temple, Andrew and Sam marvel at their surroundings – the magic space that has transformed them. Metacinematically, they also marvel at the presence of the weightless digital in the midst of…”

What’s on your mind?